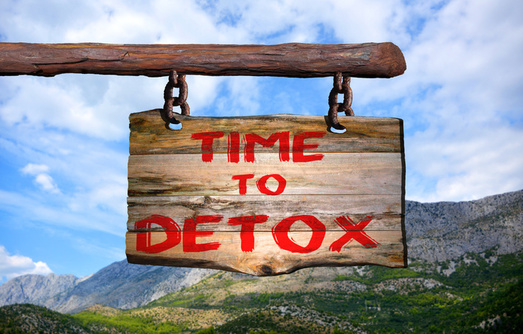 ​It is inevitable that there will be times in a person’s life when he or she experiences rough times. It could be seen in experiencing a loved one's death, an illness, or possibly with an encounter with having been prescribed medicinal or recreational drugs- which unfortunately and unexpectedly began the effects of drug addiction.

With recreational drugs, people engage in this type of activity simply because, even though it’s prohibited or against the law, it produces a wondrous effect and acts as an escape route to reality ( such as escaping from emotional or physical pain, problems in life, relationship problems, or hurt & anger feelings).  Unfortunately, this helps only temporarily to forget about these problems, even if for just a short while.

It isn't unusual for people suffering from drug addiction to loose their sense of awareness, particularly about how involved they are in the use of drugs, especially not noticing the excessive usage that begins, as they increase their amount taken. Moreover, people close to him, or her, witness their pain and many times will begin the suggestion of stopping the use of the drugs.

After a time of drug use- whether it was prescribed by and encouraged to take by a doctor, or taken illegally- many people learn that they are tired of the problems, pain, and un-health that the drug use causes and they desire to stop taking the drugs.  But, unfortunately- the drug takes a deep hold mentally, emotionally, and physically- giving the person a difficult time during this drug withdrawal detox period.

There are instances that have been reported on how a drug user realizes how addicted he, or she, is to using the drugs and can see that it's not the right thing to do anymore, so they begin their drug detox, but unfortunately they experience the drug's stronghold on them and the need for drug withdrawal help is evident. Many people prefer to have a natural drug detox remedy for home use.

When the person is addicted to drugs, their neurological capacity has been affected by the constant taking of drugs which leads to their impaired capability to believe or think rationally. Drugs have numerous effects from downers to uppers to pain killer pills ; however they are all harmfully damaging to the person’s nervous system. They can start experiencing pain in their body, which can be difficult or impossible to alleviate. The tissues can knot up and even after releasing these adhesions, I have seen the knots re-appear soon after quickly.  This can become a permanent problem, so it's always best to stop the drugs as soon as possible to prevent long term effects. I have known a client to be prescribed a medication for depression, only to see that it now causes painful knots in the body that keep re-occurring permanently now- and she only took 1 dose of this medication.

People suffering from drug withdrawals always prefer the easiest, fastest route.  Something that is low cost and where they can function and continue normally with their every day responsibilities at home and at work. Some even prefer a natural, healthy  remedy for drug detox withdrawal relief. I can safely say that what I offer is all of this.

No matter how unattached families might appear today, they make it a point to be united when one calls for help. The process of drug withdrawal must be a procedure that no one goes through alone. There may be temptations to go back to using drugs or just moments wherein the client would really feel like giving up. Creating a powerful support program would certainly lighten the burden of the drug abuser and proceed with recovery quicker. It is up to the person suffering from drug detox withdrawals in Sacramento to surround themselves with ONLY people that are supportive and caring to their intentions of having a healthy drug free life.